And something else about Spain including a small robber pistol ...

To be able to live in Spain is the best thing that could happen to me. The people here are simply pleasant people, they are communicative, a little mystical, more relaxed and they don't fear any loss of control.

However, as soon as you start doing business in Spain, the dark sides of this country often appear. Every day the news announces that another mayor has gone to jail for corruption or bribery. Recently it came to light that a bank has been distributing "black" VISA cards for 11 years to exactly 86 higher ups in various political parties and to economic leaders, with which everyone could "draw" no less than 50,000 black euros per year. With us in Germany, President Wulff had to resign for a benefit of € 700. Every Spaniard would only laugh about it. Here tax evasion and other illegalities total in the millions! Even the husband of the king's daughter is threatened with a sentence of about 20 years! He has not only written huge invoices to state institutions for work not done at all, nor paid one Eurocent in taxes for the millions and millions of dollars collected! And Juan Carlos, the king himself, had to apologize to the Spanish people for going elephant hunting in the company of women. And this was long before it was revealed in 2020 that he had received 100 million in black money from the Saudis as commission for his mediation in the matter of a gigantic railroad installation and that he had supposedly signed over 65 million of it to his lover Corinna. What kind of situations are these!

Spain, it is like a living body to which a myriad of leeches have been attached, and every leech sucks itself full of everything that can be taken. And most Spanish employers have the same sucking mentality towards their subordinates, which means that for most employees a sense of responsibility is a foreign word.  Why take responsibility when you don't earn shit? Shortly before he went to prison, the President of the Spanish Employers' Association announced that Spaniards had to work more and earn less.

So no wonder that there are a lot of irregularities here!  Now to my story:

My good friend and guitarist Raimundo Amador owns two Duesenberg guitars. And he wanted to have some things modified on them. So: have both guitars picked up by Fedex and shipped to me in Madrid.

Since Raimundo only had one case, I sent him a box with the guitar case in it via Fedex on Thursday, December 11th under the Fedex number 804473476396. I also instructed Fedex to pick up the two boxes from him on December 12th.

When the driver of "Correo Expres Sevilla" on behalf of Fedex wanted to pick up the boxes from Mr. Amador on Friday at 15: DP-PUNKT 00 o'clock, my parcel with the box and case had not yet arrived at Raimundo's. That's why the driver said he would come back later.

At 6:10 p.m. (according to Fedex research) the same driver came and brought the case I had sent. Raimundo opened it and packed the guitar inside together with the driver and taped the box back together. The driver then received the two packages, but did not leave a duplicate of the shipping documents. So, no receipt.

The driver also had to take care of the delivery of a ham to Raimundo's neighbors. He had already called them to find out if anyone would be at home. The phone number of the driver "Daniel" was stored in the neighbor's cell phone. In addition, the neighbor's son had watched the driver carrying the two boxes from Mr. Raimundo's house.

After the guitars had still not arrived at my house on Wednesday, December 17th, I informed the responsible Fedex office. Here I was informed that the Fedex driver could not pick up the two packages at 15.00 because they were not yet ready.

Thereupon Antonia Amador, Raimundo's wife, got the phone number from the neighbor and called the driver. This "Daniel" admitted to having picked up the guitars at 6:10 p.m. and also reported that he had seen them in the morning of Saturday (December 20) still in the warehouse of his company. 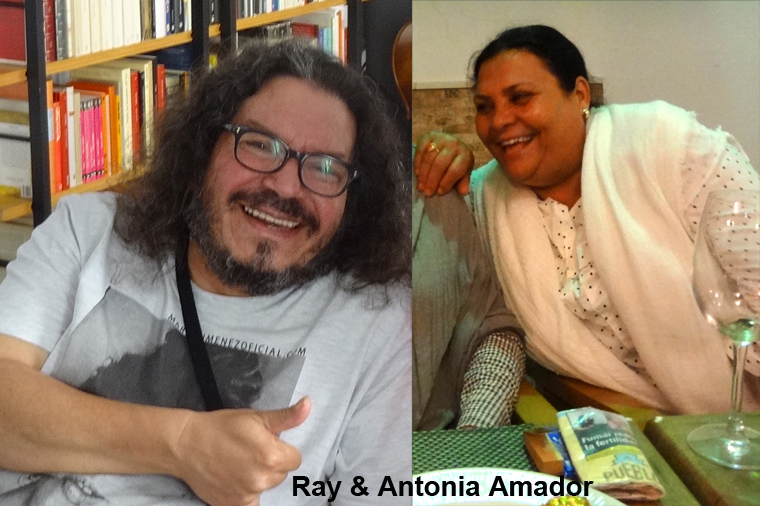 This sounded very questionable. Pretty sure that this Daniel had no order to pick something up from Raimundo, while Raimundo assumed that this driver had exactly that order. When packing the guitar, the driver naturally saw that it was a valuable guitar. And so he took the opportunity to take possession of the guitars.

It all was revealed thanks to the sleuthing intelligence of Antonia Amador. This gifted woman is super smart, but because she is a Gypsy, she can practically neither read nor write. This unfortunately happens in Spain with many older members of this group, because Franco treated these people just as badly as Hitler treated various population groups in Nazi Germany. Those who do not learn to read are less trouble and easier to keep under the thumb!  But the thing with the various witnesses, including threats from the Amadors (better not mess with Gitanos!) made this guy so nervous that he finally decided to give up.

Well, the guitars actually arrived the next day. The guy even called before at half past nine, he had them and needed the exact sender and recipient address. Of course, he used it to create an official waybill so that everything is in order again. So I let it go and didn't report it.