An autumnal trip to the Aragon, where our friend Andrés has a weekend home in a hamlet called Tobed.
Once we arrived in Tobed, the task was to find an elderly man named "El Pulga" (the flea), who, according to one of his friends, was out riding his tractor. The search for El Pulga turned out to be difficult and lengthy. Finally we found him in his own bodega, where he was just heating up the fireplace. Thus everything was saved. As we proceeded, we learned that El Pulga had a television appearance long years ago in which he demonstrated how to jump "with your ass alone" - that is, without legs. In this discipline, which is not yet an Olympic event, the "extreme athlete" is actually able to perform remarkable jumps of about 35cm in length just by the strength of his butt muscles. El Pulga is said to have crossed an entire bullfighting arena in this way. The 74-year-old gave us a small sample of his skills on the floor of his bodega. However, due to his age, the jump length had fallen back to about 6cm. In addition, El Pulga had reduced his considerable alcohol consumption about 2 years ago as good as to zero and let us friendly and generously taste the house wine. 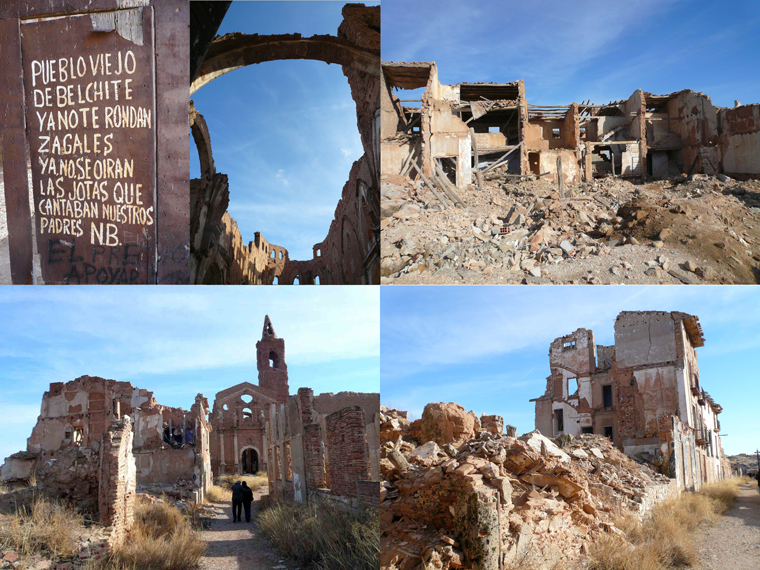 And a whole horde of huge, real vultures circled a small herd of goats that had gathered in the rocks near the road. Yes, yes, the Aragon!